Hello Friends, In this blog post(Bluetooth Network) I am going to let you know about an interesting network that is known as the Bluetooth network.

In this blog post(Bluetooth Network) we are going to cover What type of network is Bluetooth? Is Bluetooth a wireless LAN? What are Bluetooth and its types? How do I set up a Bluetooth network?…

Before going into detail let’s see a few Q&A about Bluetooth below:

What type of network is Bluetooth?

Bluetooth stands for wireless technology which allows you to share the data and communicate with other devices in a short distance area.

Bluetooth uses UHF radio waves for transferring the data or communicating with another Bluetooth device. The speed of data processing using Bluetooth is quite slow as compared to a wireless LAN.

Is Bluetooth a wireless LAN?

The technology is based on Ad-hoc technology and is also known as Ad-hoc pico nets. Bluetooth can be considered as a wireless LAN with a very limited or short coverage area.

What are Bluetooth and its types?

Bluetooth is a wireless technology to share the data between two and more devices over the air in a very range of areas. The distance between the two devices is very short from the fix, and mobile devices and building the personal area network.

In 1994, The L.M Ericsson company became interested in connecting its Mobile phones to other devices(e.g. PDAs) without cables.

The project was named Bluetooth, after Harald Blaatand(Bluetooth)II(940-981), a Viking king who unified(i,e, conquered) Denmark and Norway, also without cables.

Although the original idea was just to get rid of the cables between devices, it soon began to expand in scope and encroach on the area of wireless LANs.

While this move makes the standard more useful, it also creates some competition for mindshare with 802.11. To make matters worse, the two systems also interfere with each other electrically.

It is also worth noting that Hewlett-Packard introduced an infrared network for connecting computer peripherals without wires some year ago, but it never really caught on in a bit way.

At the same time the Bluetooth development started, a study group within the IEEE 802.11 wireless personal area network(WPAN) discussed the following five criteria.

Originally the study group did not want to establish a second 802.11 standard.

How many applications, devices, vendors, and customers are available for a certain technology.

Prototypes are necessary for further discussion, so the study group would not rely on paperwork

Everything developed within this group should be cheaper than other solutions and allow for high-volume production.

Bluetooth fulfills these criteria so that the WPAN group cooperated with the Bluetooth consortium.

To understand the networking of Bluetooth devices a quick introduction to its key features is necessary.

The basic unit of Bluetooth is Piconet, which consists of a master node and up to seven active slave nodes within a distance of 10 meters. Multiple piconets can exist in the same(large) room and can even be connected via a bridge node as shown in fig 1.

An interconnected collection of a piconet is called a ScatterNet.

There can be up to 255 parked nodes in the net for the seven active slave nodes in a piconet. These are devices that the master has switched to a low-power state to reduce the drain on their batteries.

In Parkes state, a device can not do anything except respond to an activation or beacon signal from the master. There are also two intermediate power states, hold and sniff.

The reason for the master/slave design is that the designers intended to facilitate the implementation of complete Bluetooth chips for under $5. The consequence of this decision is that the slaves are fairly dumb, basically just doing whatever the master tells them to do.

802.11 does not specify whether users should use their notebook computers for reading email, surfing the web, or something else. In contrast, the Bluetooth V1.1 specification names 13 specific applications to be supported and provides different protocol stacks for each one.

Unfortunately, this approach leads to a very large amount of complexity, which we will omit here. The 13 applications, which are called profiles, are listed in below fig 2

The first generic access profile is not really an application, but rather the basis upon which the real applications are built. Its main job is to provide a way to establish and maintain secure links between the master and slaves.

Also relatively generic is the services other devices have to offer. These two profiles are necessary for Second Bluetooth devices. The remaining one is optional.

The serial port profile is a transport protocol that most of the remaining profiles use. It emulates a serial life and is useful for legacy applications.

The generic object exchange profile defines a client-server relationship for moving data around. The next three profile is for networking. The LAN access profile allows a Bluetooth device to connect to a fixed network.

this profile is a direct competitor to 802.11. The dial-up network protocol is used to allow a notebook computer to connect to a mobile phone containing a built-in modem without wires.

The fax profile is similar to dial-up networking except that it allows wireless fax machines to send the receive faxes using a mobile phone without a wire between the two.

The next three profiles cordless telephony, intercom, and headset profiles, are for telephony. The remaining three profiles are for actually exchanging objects between two wireless devices.

These could be business cards, pictures, or data files, The synchronization profile, in particular, is intended for loading into a PDA or notebook computer when it leaves home and collecting data from it when it returns|Bluetooth Network|

Hope! you would have enjoyed this post about Bluetooth networks. 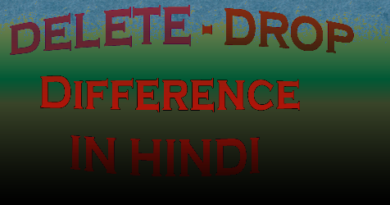 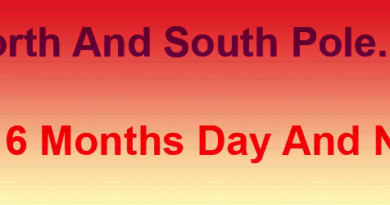 What are the linked list in the data structure and its types? 2019