Hello Friends, In this blog post, I am going to let you know about the difference between error control and flow control.

In this blog post(Difference Between Error Control and Flow Control), we are going to discuss What does flow control mean? What is error control in computer networks? What is the overall purpose of flow control and congestion control in TCP? Which layers perform error detection and flow control?

What does flow control mean?

Flow control means to make synchronization between the sent packets and their acknowledgment before sending the next new packet. Even there are various protocols to control the flow of data packets between the sender and receiver.

What is error control in computer networks?

What is the overall purpose of flow control and congestion control in TCP?

These actions like error detection and flow control are either handled by the data link layer or transport layer.

Flow control is a technique for assuring that a transmitting entity does not overwhelm a receiving entity with data. The receiving entity typically allocates a data buffer of some maximum length for a transfer.

When data are received, the receiver must do a certain amount of processing before passing the data to higher-level software.

In the absence of flow control, the receiver’s buffer may fill up and overflow while it is processing old data, While error control refers to the mechanism to detect and correct errors that occur in the transmission of frames.

The most common techniques of error control are based on some or all of the following ingredients:

Flow control coordinates the amount of data that can be transmitted before receiving an acknowledgment. It is one of the most important functions of the data link layer.

In most protocols, flow control is defined as a set of procedures that tells the sender how much data can be transmitted before it must wait for an acknowledgment from the receiver end.

The flow of data must not be allowed to overload the receiver.

The receiving device must be able to inform the sending device before those limitations are reached. The request that the transmitting device sends fewer frames or stop temporarily.

Incoming data must be checked and processed before they can be used. Such processing is often slower than the rate of transmission.

Due to this reason, each receiving device has a block of memory, called a buffer, reserved for storing incoming data units they are processed.

If the buffer begins to fill up, the receiver must be able to tell the sender to halt transmission until it is once again able to receive.

Hence, we can say that control is defined as a set of procedures that are used to restrict the amount of data that the sender can send before waiting for an acknowledgment.

Error control is both error detection and error correction. It allows the receiver to inform the sender about any frames lost or damaged in transmission and coordinates the retransmission of those frames by the sender.

In the data link layer, the term error control refers primarily to methods of error detection and retransmission.

Error control in the data link layer is often implemented simply anytime an error is detected in an exchange, specified frames are retransmitted, This technique is known as automatic repeat request(ARQ).

Thus, error control in the data link layer is based on automatic repeat request, (ARQ) which is a retransmission of data.

In this blog post(Difference Between Error Control and Flow Control), we have understood the difference between error control and flow control. In error control, the concern is about dealing with lost and damaged data packets in the network which are generally retransmitted by the sender. Whereas inflow controls the concern is regarding the speed of data receiving by the receiver.

This means the receiver can define a limit to receive a slot of data packet or single data packet in a given duration of time so that he can receive it without any problem. So overall in this blog, we have gone through What does flow control mean? What is error control in computer networks? What is the overall purpose of flow control and congestion control in TCP? Which layers perform error detection and flow control?|Difference Between Error Control and Flow Control|

Hope! you would have enjoyed this post about the difference between error control and flow control. 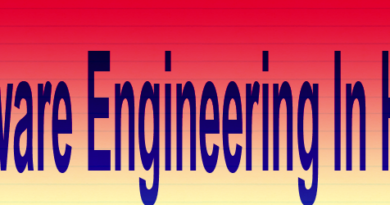 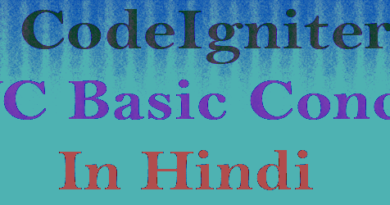