Hello Friends, In this blog post, I am going to let you know about an interesting shortest path algorithm which is also known as the Dijkstra’s Algorithm.

…What is single source shortest path algorithm? Is Bellman Ford greedy? What algorithm does GPS use?

For selecting a route between a given pair of routers, the algorithm just finds the shortest path between them on the graph. One method of measuring path length is the number of hops.

Using this metric, the paths ABC and ABE are equally long as shown in fig1. Another metric is the geographic distance in kilometers, in which case ABC is much longer than ABE.

Several other metrics are also possible besides hops and physical distance. As an example, each arc could be labeled with the mean queueing and transmission delay for some standard test packets determined by hourly test runs.

The shortest path is the fastest path with this graph labeling, rather than the path with the fewest arcs or kilometers. Generally, the labels on the arcs could be computed as a function of the distance, bandwidth, average traffic, communication cost, mean queue length, measured delay, and other factors.

Then the algorithm would compute the shortest path by changing the weighting function, measured according to any one of a number of criteria or a combination of criteria.

Many algorithm for computing the shortest path between two nodes of a graph are known. every node is labeled with its distance from the source node along the best-known path.

In starting, the paths are not known, therefore all nodes are labeled with infinity. As the algorithm proceeds and paths are obtained, the labels may change, reflecting better paths.

A label may be either permanent or tentative. All labels are tentative in starting. When it is discovered that a label tells the shortest possible path from the source to that node, it is made permanent and never changed thereafter.

For illustrating the working of labeling algorithm see at the weighted undirected graph of fig1(a) where the weights represent distance. For finding the shortest path from A to D.

We start out by marking node A as permanent, denoted by a filled-in circle. Then, each of the nodes adjacent to A (the working node), relabeling each one with the distance to A.

Whenever a node is relabeled, it is also labeled with the node from which the probe was made, therefore the final path can be constructed later. After examining each of the nodes adjacent to A,…

all the tentatively labeled nodes are examined in the whole graph and made the one with the smallest label permanent as shown in fig1(b). This one is the new working node.

Now, starting is done from B and all nodes adjacent to it are examined. If the sum of the label on B and the distance from B to the node being considered is less than the label on that node, a shorter path is obtained, therefore the label is relabeled.

When all the nodes adjacent to the working node have been inspected and the tentative labels changed if possible, the whole graph is searched for the tentatively labeled node with the smallest value.

This node is made permanent and is the working node for the next round. The first five steps of the algorithm are shown in fig1.

How do you use Dijkstra’s algorithm?

There are few simple steps of Dijkstra algorithm which is given below to find the shortest distance.

Dijkstra algorithm works correctly for all the weighted and directed graph with non-negative weights and easily able to find the shortest path between two given vertex.

Is Dijkstra a BF?

Why the Dijkstra algorithm is greedy?

There are both scenarios with the Dijkstra algorithm. It can be considered as greedy as we choose the closest vertex. And on the other end, it can be also considered as dynamic as we update the value with the help of previously calculated values. But we would like to consider it closer to the dynamic algorithm than the greedy algorithm. As we can’t predict the step by step process to calculate the shortest distance between A to B.

Which shortest path algorithm is best?

How does the Kruskal algorithm work?

Kruskal algorithm is used to find the minimum spanning tree from an undirected connected weighted graph. In each step, we have to find out the lowest weight node that should not form a cycle in the spanning tree.

For finding the shortest path Dijkstra algorithm is not only the single option rather you can find it with the help of some other shortest path algorithm which is given below:

How does Prim’s algorithm work?

Prim’s algorithm is also known as Jarnik’s algorithm and it is a greedy algorithm that is used to find the minimum spanning tree without forming any cycle out of an undirected connected and weighted graph.

What is the time complexity of the Dijkstra algorithm?

O(V 2) is the time complexity of the Dijkstra algorithm. But when it is the case of the min-priority queue it is down to O(V + E log V).

Why does Dijkstra fail negative weights?

Does Google Maps use Dijkstra?

Can Dijkstra find the longest path?

What is the difference between Bellman-Ford and Dijkstra?

What is the difference between BFS and Dijkstra’s algorithms?

Both are quite similar but have some minor differences. BFS is used to calculate the shortest distance or path in an undirected graph whereas in the Dijkstra algorithm we find the shortest path in the directed graph.

Hope! you would have enjoyed this post about ‘Dijkstra’s Algorithm for the shortest path‘.

5+ Best Chat WordPress Plugins 2020 (Free and Paid)/ What is the best live chat plugin for WordPress? / How do I use the live chat in WordPress?

Fix Error: “The drive is not ready for use its door may be open” 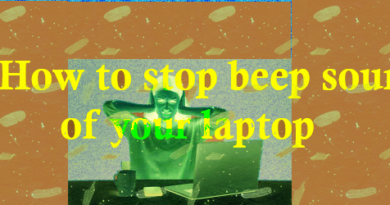