Hello Friends, In this blog post I am going to let you know about a very interesting network which is called a virtual private network(VPN).

What is a virtual private network used for?

The virtual private network provides you online security or privacy by hiding you or masking your identities. In VPN You got a private network made virtually where public internet users can not trace you and your network identity.

Is a virtual private network safe?

As no logs are managed for your activities over the internet. Like where ever you visit and surf the internet no logs and information are maintained and stored…

… for your virtual private network so ultimately you are in a safe zone and people can not trace you without any information.

How do I get a Virtual Private Network?

How much does a virtual private network cost?

There are various price variations for VPNs. You can choose the plan as per your requirement and budget. See More.

A virtual private network (VPN) is a process for simulating a private network over a public network such as the internet. It is virtual because it depends on the use of virtual or temporary…

… connections that traverse public lines between users in geographically dispersed LANs belonging to the same enterprise.

Packets then are routed over these connections on an ad-hoc basis. The two fundamental security features of a VPN are to keep intruders out of a private computer network and to encrypt all information leaving a LAN so that unauthorized users are unable to read or modify it.

A VPN can dramatically reduce telecommunication expenses by making use of internet connectivity, which tends to be much lower in cost relative to the use of leased communication lines.

The main operational concept for VPNs is IPsec, encryption, packet tunneling, and firewalls.

However, the three main VPN categories are intranet, remote access, and extranet utilization. An intranet VPN providers secure communications between the internal departments of an organization and its branch offices.

As fig 1 describes, this is achieved through a firewall/router combination, which is referred to as a security gateway, that provides an interface between the internet and the various organization intranets(e.g., sales and marketing, finance, engineering, and branch offices).

A security gateway provides an interface between the internet and intranets. Fig2 shows the remote access VPN concept. Here mobile and remote workers of an enterprise are connected by means of a VPN using the internet as a backbone.

In such a situation authentication is critical to verify the identities of the users in the most accurate and efficient manner possible. Since the remote and mobile workers could come from the different organizations within the company…,

each separate department subnetwork might have its own firewall for further protection of confidential information. Extranet VPNs are used between a corporation and its strategic partners, customers, and suppliers.

Hope! you would have enjoyed this post about VPNs or Virtual Private Networks. 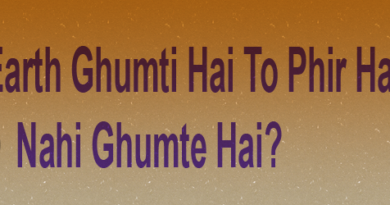