Boyce code normal form, (BCNF- What is BCNF normal form example) was proposed as a simple form of 3NF, but it was found stricter than 3NF because every relation in BCNF is also in 3NF. however, a relation in 3NF is not necessarily in BCNF.

What is BCNF normal form example: The BCNF can be defined in different ways given below

A relation is in BCNF if and only if every nontrivial, left irreducible FD has a candidate key as its determinant.

In other words, a relation is in BCNF if and only if determinants are candidate keys.

A relation is said to be in BCNF, if whenever X->A holds in R and A is not in X, Then X is a candidate key for R.

In another way, the only arrows in the FD diagram are arrows out of candidate keys, and there are no others, meaning there are no arrows that can be eliminated by the normalization procedure.

Similarly, in relation to S, we have 2 determinants {S#}, {City}, and the city is not a candidate key. So it is also not in BCNF.

While relation SP, SC, and CS are each in BCNF because in each case the supplier candidate key is the only determinant in the relation.

Most relation that is in 3NF is also in BCNF. Infrequently, a 3NF relation is not in BCNF and this happens only if

Now we take another example that is in BCNF.

Here we are supposing a name as a unique key. Here a player can know more than one language and may have more than one hobby too. So, each of the attributes is a primary key. So it is in BCNF. But this is also suffering from some anomalies, such as, if we want to add one more hobby of jitin that is singing, then we can do this in the following manner given below.

As we want to add a single tuple then several others have to be added as given above.

Similar to insertion, If we delete a single tuple, several other tuples also have to be deleted.

for example: if want to delete(Nitin, Hindi, Football) then (Nitin, English, Football) also have to be deleted.

You can check out some amazing blog posts related to this topic:

What is Normalization and why is it needed?

What is 1NF in DBMS?

What is 2NF in DBMS?

What is 3NF in DBMS?

You can also go through a few more amazing blog links related to DBMS below:

We can conclude it, in short, the classification of BCNF(What is BCNF normal form example). Every relation that is in BCNF must be in 3NF, but every relation that is in 3NF may or may not be in BCNF. If a relation is in BCNF then all the functional dependencies will have a super key on its left side. you can consider this as an introduction to a composite key. IF if have a functional dependency x->y then x must be a superkey in that relation.

Hope! you would have enjoyed this informative blog post(What is BCNF normal form example), Please feel free to write to us at a5theorys@gmail.com if you have any queries regarding this blog. 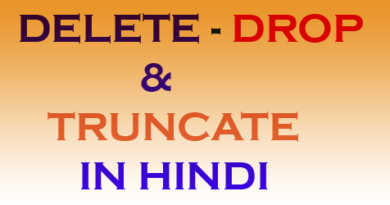 What is the role of DBA in the database? & What are the functions of DBA?|What is DBA and its functions?