In this blog post(What is the difference between alpha and beta testing), I am going to talk about Software testing like Alpha and Beta testing.

these are the broadly classified testing applied to any software or application. Now we understand this relates to real life|What is the difference between alpha and beta testing|

Did you ever taste the food at your home before it is actually served to the guest coming to your home…How to related to alpha testing?/ What is the difference between alpha and beta testing?

I guess! you would have done this.

The software testing cycle is also the same as you do the food taste testing.

when any person cooks food at home and tastes it first with the cooking team then this is the primary phase of testing the same as the software is developed by a developer or core team member and thus tested at his end, this type of testing is considered as Alpha testing.

Before serving the food to the guest we serve it to the family members who do not have an idea about cooking, the same as the software is released to some specific no. of people or end-users who don’t know about the software architecture.

This type of testing is considered Beta testing.

what is next after this alpha and beta testing……..?

the feedback is taken in both the cases of food and software.

If the feedbacks are fine then they are considered and noted for future making.

If there is a critical problem with food or software then it is immediately corrected with the current food and software code.

This testing consists of both internal and external tests of the software.

Here testers know the architecture and design of the software.

Testers check the software as a developer and as well as end-users.

Black box and white box testing both are carried out in this phase.

So in this Alpha testing software is tested for all the possible issue fixes and bug fixes.

Unit Testing- a Unit test is taken with the test of every single unit of any software, this is the smallest test of a software application containing one or more inputs and with a single outcome.

Black Box Testing- this is also known as outer alpha testing. In this phase of testing, testers do not know about the software design and architecture, testers might be inside users within the company or outside users or clients.

White Box Testing- This is known as inner alpha testing. Testers are known for the full architecture and design of the software. They might be a developer and testers as a core team member. they test the software thoroughly.

Smoke testing- a Smoke test is an early verification test.

The code is written and built for testing whether it is performing well.

If the build is fine then it is looked for further functional testing.

Regression Testing- this testing is to test the impact of updating or enhancement in the existing software built and tested before.

As per the test, software updating should not impact the older functionality.

It is also known as user acceptance testing, before the actual launch of our software we release it to a specific no of end-users or clients for testing purposes in a real-life environment.

This release of the software is considered a beta version.

when end-users completely test it and give their feedback for the software and also report the issue or bug if any.

these issues or bugs are corrected and released with the next version of the software.

If feedback backs are critical and need to fix immediately then the software launch is delayed for some time for fixing these critical issues in the software with the current release.

So this is the all-over testing that was done on a software application.

Apart from this testing, the final thing mattering for software popularity is only user acceptance.

For alpha and beta testing, you can go above within the same blog post. Gamma testing is done when the product is ready to release in the market. This gamma testing is focused on the quality, security, performance, and usability of the product.

Alpha and Beta testing are the two important types of testing that are done for a software program. Good quality software must pass these two phases of testing.

Alpha testing occurs first and then beta testing. Inside the alpha testing, the changes are made within the software until it passes the test completely.

What is a beta testing example?

Inside this beta testing, the software has a prior launch in a specific group of some people before the actual or main launch in the market.

For example, a company builds software, and before launching it in the market it launches a beta version and is been tested by a few specific company employees only, and then data and feedback are taken.

Which is the least required skill of the tester?

The main and required skills for the testers are given below:

What is a beta program that is full?

What Is SDLC In Hindi…

What is Requirement engineering in Hindi…

What are the goals of software engineering…

Alpha testing is performed within the developer’s team until it is perfectly ready to launch. Beta testing is done before the final launch of the software in the market. Some specific group of people performs this Beta testing and if they found any serious bug then it is immediately fixed by the developer team, and if the bug is not very serious then it is probably fixed in the next update release of the software|What is the difference between alpha and beta testing|

Hope! you would have liked this post about ‘What is the difference between alpha and beta testing? Please keep reading our blogs.

In the case of any queries please feel free to contact us at a5theorys@gmail.com we will get back to you ASAP.|What is the difference between alpha and beta testing|

have a great time! Sayonara! 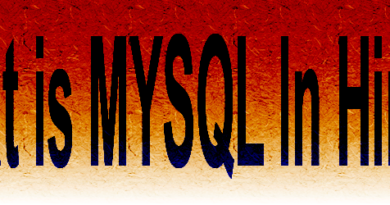 What is MYSQL In Hindi/ MySQL क्या है? 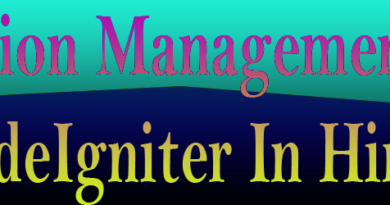 Session Management In CodeIgniter In Hindi.

Merge Sort Algorithm in Data Structures With Example/ What is merge sorting in data structure?

4 thoughts on “What is Alpha and Beta testing……?2020/ What is the difference between alpha and beta testing? / What are Alpha Beta and gamma testing?”