Hello Friends, In this blog post(What Is Token Ring In Computer Network) I want to let you know about a very interesting LAN standard network which is known as Token Ring or 802.5.

Inside this blog post(What Is Token Ring In Computer Network) we are going to explore What is Token Ring in a computer network, What can happen at a Token Ring station, How does a token ring works, What is the difference between Token Ring and Ethernet,…

…What is Token Ring(What Is Token Ring In Computer Network) in a computer network, Which network device connects segments of a network such as Ethernet or Token Ring,

What Is Token Ring In Computer Network?

Token ring LAN is defined by the IEEE standard 802.5. Similar to Ethernet, the token ring is a MAC protocol sitting between the logical link control (LLC) and the physical layer in the OSI model.

Although IBM token rings can run at 4, 16, or 100 Mbps, data rates for token ring networks are listed as 4 Mbps and 1 Mbps. Transmission occurs using the differential manchester coding technique.

By using a NIC, stations on a token ring LAN are connected in a ring. This can be seen in Fig 1. A station can transmit directly only to its neighbors and in most cases only to one neighbor.

How does a token ring work?

If a station desires to transmit to another station on the ring(token ring), the frame must go through all the intermediate interfaces. Handling of ring contention is done though (a Special frame) which circulates past all the stations.

When a token comes at a station one of the two things occurs. If a station does not contain data to transmit, it routes the token to its neighbor.

When a station contains something to transmit it claims the token, removes it from the ring, and transmits a frame in the token’s place.

When it does match, the destination station copies the frame, sets some status bits in it, and routes the frame to its neighbor. The frame carries on along the ring(token ring) until it eventually arrives at the station which generated it.

This station removes the frame from the ring, creates a new token, and transmits the token back onto the ring. Two observations can be made almost at once.

The first observation is that ring contention is more orderly than with an ethernet. Every station knows when it can transmit and transmit only to its neighbor.

The immediate consequence is that there is no waste bandwidth because of collisions. The second observation is that the failure of one station can result in network failure.

Each station participates in the routing of tokens or data frames. When a station fails, it may not route a received token or data frame, therefore causing it to disappear from the ring.

Configuration, shown in Fig 2, is a solution to the latter problem. In place of connecting neighboring stations directly, they all communicate through a wire center.

Physically, the configuration resembles a star topology but logically it is still a ring. That is, a station still transmits only to its neighbor but the bits travel through a wire center.

The wire center has a bypass relay for every station which can respond to current or commands from that station. As an example, if A transmits to C, The frame goes from A to the wire center.

Then it goes to B, which routes it back to the center where it is routed to C. On the failure of B, the relay causes the frame received from A to bypass B and go directly to C. Mainly wire center is used to increase reliability while preserving the token ring protocol.

Three types of frames are specified by the token ring protocol:

The token and abort frames are both truncated data/command frames. This can be seen in the below-given figure.

The data/Command frame is the only one of the three types of frames in the token ring which can carry a PDU and is the only one addressed to a specific destination rather than being available to the ring at large.

Either the user data or the management commands can be carried by this frame. Nine fields of the frame are start delimiter(SD), access control(AC), frame control(FC), destination address(DA), Source address(SA), 802.2 PDU frame, CRC, end delimiter(ED) and frame status(FS)

SD is the first field of the Data/Command frame, which is one byte long and is used to alert the receiving station to the arrival of a frame as well as to permit it to synchronize its retrieval timing. It is equivalent to the flag field in HDLC.

AC field is one byte long and has four subfields. The first three bits are known as the priority field. The fourth bit is called the token bit and is set to denote that the frame is a data/command frame rather than a token or an abort frame.

A monitor bit follows the token bit. The last three bits are a reservation field which can be set by stations desiring to reserve access to the ring.

FC field is one byte long and has two fields. First is the one-bit field, which is used to denote the type of information contained in the PDU.

The remaining seven bits of the byte are used by the second field. This field contains information used by the token ring logic.

If its final destination is on the present LAN, then DA is the physical address of the destination station.

When the packet has been routed from another LAN, the SA is the physical address of the most recent router.

The data field contains the PDU and is allotted 4500 bytes. The token ring frame does not include PDU length or type field.

ED is a second flag field of one byte and denotes the end of the sender’s data and control information.

This field is not an acknowledgment but it does tell the sender that the receiving station has copied that frame that can now be discarded.

This is the second token ring frame format. Since a token is really a placeholder and reservation frame, it has only three fields – SD, AC, and ED. SD shows that a frame is coming. AC shows that the frame is a token and includes the priority and reservation field. ED indicates the end of the frame.

The abort frame(Token ring frame format) carries no information at all just starting and ending delimiters. Either by the sender to stop its own transmission or by the monitor to purge an old transmission from the line, it can be generated.|What Is Token Ring In Computer Network|

You can also go through the extensive blog related to the token bus, token ring, and ethernet.|What Is Token Ring In Computer Network|

Hope! you would have enjoyed this post about What Is Token Ring In Computer Network. 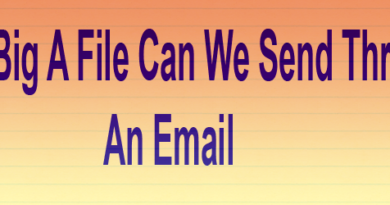 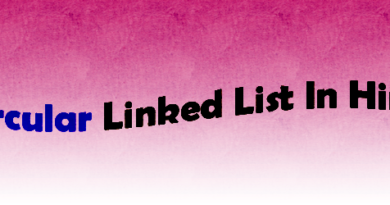