This signifies that all the functionalities associated with those three layers are handled in one single layer, the application layer as shown in the below-given fig|Difference between OSI and TCP-IP Model|

It requires only those functions needed for the job for which the application is designed. One disadvantage is that the same tasks appear in different application programs, making them more complex.

This damages the whole concept of modularity and layered architecture of the OSI model.

The comparison of the OSI and TCP-IP models is as follows:-

Both are based on the concept of a stack of independent protocols.

The functionality of the layers is roughly similar.

For example, In both the models the layers up through and including the transport layer are there to provide and end to end network-independent transport service to processes wishing to communicate.

These layers form the transport provider. Again in both models, the layers above transport are application-oriented users of transport services.

Each layer performs some services for the layers above it. The service definition tells what the layer does, not how the entities above it access it out how the layer works.

A layer’s interface tells the processes above it how to access it. It tells nothing about the layer’s internal working.

The peer protocols used in a layer carry out all the activities/transactions of the layer. They are internal to the layer and the layer can choose any among the set to carry its business and also change them at will.

The TCP-IP model did not originally clearly distinguish between services, interfaces, and protocols. Consequently, the protocols in the OSI model are better hidden than in the TCP-IP model and can be replaced relatively easily as the terminology changes.

The OSI reference model was devised before the protocols were invented. This ordering means that the model was not biased towards one particular set of protocols but the problem was that the designer did not have much experience with the subject and did not have a good idea of which functionality to put in which layer.

While in the TCP-IP model, the protocols came first, and the mode was really just a description of the existing protocols. There was no problem with the protocols fitting the model. The only trouble was that the model did not fit any other protocol stacks.

The two models also differ in the number of layers – the OSI model has seven-layer and the TCP-IP has four layers. Both have a network, transport, and application layers, but the other layers are different.

The TCP-IP model supports only connectionless communication in the network layer but supports both modes in the transport layer giving the users a choice.

What is the difference between TCP and IP?

The TCP protocol is responsible for the sure delivery of a data packet whereas IP is used for logical addressing. Mean to say that IP found out the address and TCP takes the responsibility to deliver the packet with all safety.

Which is older TCP IP or OSI?

What is the TCP IP model explained in detail?

TCP/IP model stands for transmission control protocol and internet protocol. This is the real model that is being used in the current network architecture or over the internet.

This model with the help of its protocol makes sure the delivery of data packets from source to destination or on the internet. And this protocol also supports the naming of the addressing scheme.

Go through this extensive blog over TCP/IP…

Check out the details about the SOI model…

What are the advantages of the TCP IP model over the OSI model?

The TCP/IP model is very flexible in terms of use and ease. It is scalable client-server architecture and it can easily add a new network to the existing architecture without disrupting the current running services.

Hope! you would have enjoyed this post about the difference between OSI and TCP-IP models. 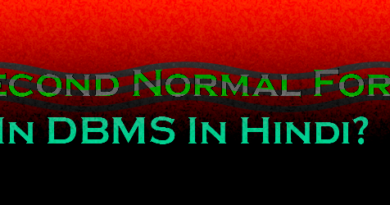 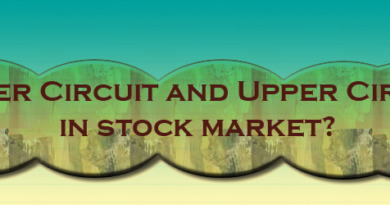 What Are Upper Circuit And Lower Circuit In Stock Market?