A virus is a sequence of code that is inserted into other executable code so that when the regular programs run, the viral code is also executed. The viral code causes a copy of itself to be inserted in one or more other programs.

Viruses are not distinct programs. they can not run on their own, and some host programs, of which they are part, must be executed to activate them.

Worms are programs that propagate from computer to computer on a network, without necessarily modifying other programs on the target machine.

Logic bombs are programmed threats that lie dormant in commonly used software for an extended period of time until they are triggered, at which point,…

they perform a function that is not the intended function of the program in which they are contained. Logic bombs are embedded in programs by software developers who have legitimate access to the system.

There is a class of viruses that hackers hide in trusted programs like compilers, editors, and other commonly used programs.

Backdoors, also known as trapdoors, are pieces of code written into applications or operating systems to grant programmers access to programs without requiring them to go through the normal methods of access authentication.

They are written by application programmers who need a means of debugging or monitoring code that they are developing. Most backdoors are inserted into applications that need lengthy authentication procedures or long setups requiring a user to enter many different values to run the application.

When debugging the program, the developer may wish to gain special privileges or avoid all the necessary setup and authentication steps. Backdoors become threats when they are used by unscrupulous or bad programmers to sign unauthorized access.

They are also a problem when the initial application developer forgot to remove a backdoor after the system has been debugged and some other individual discovers the door’s existence.

Hope! you would have enjoyed this post about Internet Security Threats. 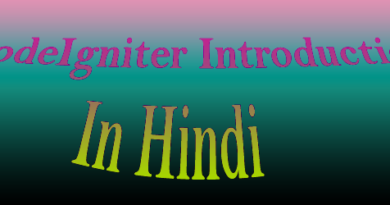 CodeIgniter Tutorial for Beginners in Hindi. 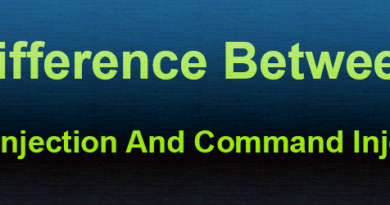 Routing Algorithms In Computer Networks/ Which routing algorithm is best?