Originally it was designed to connect a single host with terminals, but it was updated in 1976 to allow multiple hosts to communicate|System Network Architecture|

Fig 1 shows the layered structure of SNA. It shows seven layers, be warned that some references present SNA as a six or even a five-layer protocol|System Network Architecture|

The discrepancies occur because some people do not consider the lowest or highest layers to be part of SNA. ON the surface SNA resembles the OSI model because both are designed to connect a variety of devices.

One difference between SNA and OSI is that each OSI layer has its own header that it appends to data received from the next-higher layer. This does not occur in SNA. Fig 2 describes the process.

At the highest layer, the user data is divided into one or more request /response units(RUs). Each layer passes the RU down to a lower one, with some of them adding extra headers.

Some references show a function header added at the second-highest layer, but others consider it as part of the RU. Finally, the lowest layer transmits the RU and the appended header as a bitstream.

What are the types of network architecture?

If we talk about the computer network then we should know that we can design a computer network in several ways. This whole arrangement of computers is done to establish successful communication amongst them and how the task is allocated to this computer and how to make it done.

Why is network architecture important?

Network architecture is very important to handle all possible functionality during communication. It is responsible for system robustness, and system extensibility. It also handles the system functionality while any change occurs in hardware and system software, and application software. And the most important thing is security which is looked up and maintained by network architecture.

How do you create a network architecture?

Prepare the structure and layout of the cabling equipment.

Discover the quantity, type and location of all the network devices which is needed in the architecture.

Configuration of IP structuring in the network with end-to-end testing.

Detailed checkup for the network architecture security and processes.

What are the important components of network architecture?

There are various devices that are used in establishing network architecture. You can see the list of the same below.

Routers are responsible for forwarding the data packet from one end to another end through the devices. And other types of equipment is network hub, switches, wireless access point, network cables, network servers, and NIC(network interface card).

Hope! you would have enjoyed this post about SNA(System network architecture). 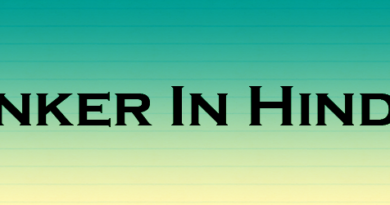 B-Tree Example In Data Structure/ What is B Tree explained with an example?/ How are B trees used in the database?