The term topology refers to the way a network is laid out. either physically or logically. The connection of two or more devices forms a link and two or more links form a topology. Basically, there are five network topologies that are explained below one by one|What are the various Network Topologies|

What are the various Network Topologies?

In a mesh topology, every device has a dedicated point to point link to every other device. A fully connected mesh network has n(n-1)/2 physical channels to link n devices. To accommodate that links, every device on the network must have (n-1) input/output ports.

Mesh Network Topology has several advantages which are explained below:

The use of dedicated links guarantees that each connection can carry its own data load, thus eliminating the traffic problems that can occur when links must be shared by multiple devices.

It is robust. If one link damages, it does not incapacitate the entire system.

It enforces privacy or security. When every add sent message travels along a dedicated line, only the intended recipient sees it. Physical boundaries prevent other users from gaining access to a message.

The point to point links makes fault identification and fault isolation easy. Traffic can be routed to avoid links with suspected problems. This facility enables the network manager to discover the precise location of the fault and helps in finding its cause and solution.

The main disadvantage of mesh is the amount of cabling and I/O ports required.

In star topology, each device has a dedicated point to point link only to a central controller called the hub. The devices are not directly linked to each other, but the controller acts as an exchange.

If one device wants to send data to another, it sends the data first to the hub which then relays it to the other device connected to it.

The advantage of star topology is –

Each device needs only one link and one I/O port to connect it to any number of others. This makes it easy to install and reconfigure.

Easy to add, delete, or move devices as it involves only one connection between a device and hub.

Robustness; implies that if one link fails, only that link is affected other links remain active.

However, it requires more cabling than the tree, ring, or bus topology.

The central hub in the tree is an active hub that contains a repeater to strengthen the transmission and to increase the distance a signal can travel.
The secondary hubs may be active or passive hubs. A passive hub provides a simple connection between the attached devices.

The advantage and disadvantages of the tree topology are generally the same as those of star. However, the addition of secondary hubs adds two more advantages:

It allows more devices to be attached to a single central hub and can increase the distance a signal can travel between devices.

It allows the network to isolate and prioritize communications from different computers.

An example of a tree topology is cable TV technology.

A bus topology describes a multipoint configuration. Once long cable acts as a backbone to link all the devices in the network. Node is connected to the bus cable by drop lines and taps. As a signal travels along the back-bone, some of its energy is transformed into heat.

Therefore, it becomes weaker the farther it has to travel. For this reason, there is a limit on the number of taps a bus can support and on the distance between those taps.

The advantage of bus topology is ease of installation. Backbone cable can be laid along the most efficient path, then connected to the nodes by drop lines of various lengths. Also, the bus uses less cabling than mesh, star or tree topologies.

Disadvantages include difficult reconfiguration and fault isolation. A bus is usually designed to be optimally efficient at installation. This poses difficult to add new devices. Also, signal reflection at the taps can cause degradation in quality which can be controlled by limiting the number of taps and spacing. In addition, faults and break in the bus cable stop all transmission.

In-ring topology, each device has a dedicated point to point line configuration only with the two devices on either side of it. A signal is passed along the ring in one direction, from device to device, until it reaches its destination. Each device has a repeater which regenerates the bits and passes them along to another device.

The major advantage of the ring topology is-

It is easy to install and reconfigure.

It is easy to add or delete a device as it requires to move only two connections.

The major constraints of ring topology are-

The media and traffic consideration (Maximum length and number of devices)

Unidirectional traffic can also be a demerit as a break in the ring can disable the entire network.

Hope! you would have enjoyed this post about What are the various Network Topologies.

5+ Best Chat WordPress Plugins 2020 (Free and Paid)/ What is the best live chat plugin for WordPress? / How do I use the live chat in WordPress? 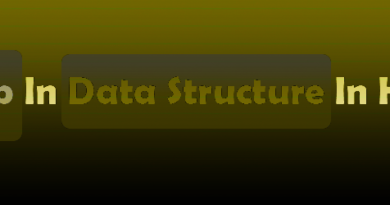